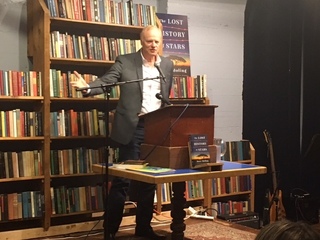 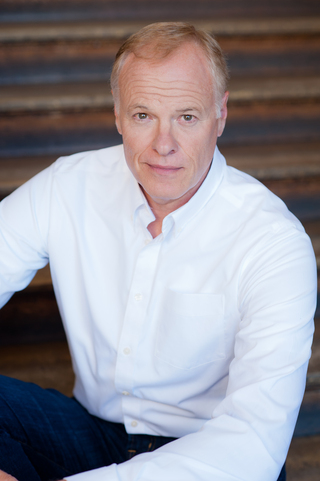 
Let's see ... the fine folks at the new library at University Place (near Tacoma) are setting up a date in early April to have a reading/signing event. We'll be finalizing the date soon and will pass that along. Since the last blog I've started a facebook page (http://www.facebook.com/pages/Dave-Boling/117968408261572)and a twitter account (@daveboling).


A nice bookseller from Texas, Carla Smith, pointed out a video review of "Guernica" done in the UK by actor Benedict Cumberbatch. It is very nicely done ... a product of being named as one of the Summer Reads selections for the RIchard and Judy Book Club (a Brit tea time talk show). They sent him to a beach on the island of Mykonos as the backdrop. It is my opinion that they should have had the author fulfill those duties. I had not heard of Mr. Cumberbatch, but apparently he's a fine actor who has been very successful (cast as Sherlock Holmes in the recent BBC series).

Here's the link to the video review: http://www.youtube.com/watch?v=6aXsmHA43r0

Also, "The Novel LIve!" project that 36 local writers conspired to produce in a mad flurry in a week last October will be published by Open Road Media as a 60,000 word e-original novel in May, with much of the proceeds going directly to charity!
Read More
7 Comments

Was wondering about the "Novel Live" and when it will come out for publication. Looking forward to reading the whole thing. It was a great cause and I am sure you were proud to participate.

The best I can tell, it will be released in May as an e-book published by Open Road Media. Proceeds going to literacy causes. I think they decided on a title: Hotel Angeline: A Novel in 36 Voices. Yes, it was fun to do ... but mostly as a way to get to know a number of other writers. I think most of us tend to disappear into our office spaces like cloistered monks if not forced to get out and be social. I think the editor who went through it was surprised that it came together and made some sense without the jarring transitions one might expect. Looking forward to reading the finished compilation.

I have just finished Guernica and have to say it's one of the finest works I have ever had the priviledge of reading. Until now Birdsong was 'The book@ for me now it's this. It was evocative, funny, painful and sad at some times but beneath it all there was hope. This is an incredible work and thank you for it.

Thank you so much, Les. And thanks for the tip on another book I have to buy!

Hello from Colombo Sri Lanka. I recently bought your book at a garage sale (for animal rights).... so it means someone else here has read it. What a wonderful book, powerful story. I knew about the Spanish civil war, but never understood what was done to the Basques. Thank you for helping bring to light this background to the situation. Congratulations on really a fine book.

Yes, you're my first reader response from Sri Lanka. How wonderful to hear that it's reaching so many places. Thank you for the kind thoughts.

Hi, my name is Lester Hancock. Massachusetts. is home. I for unknown reasons have always had an interest in the Basque region. I love tradition, culture, and above all the strength of people. I go to Oktoberfest every year. 13 of them so far. Again for the connection of so many people, from so many places, together to just have a good time. About 5 years ago, sitting outside one of the beer halls with hundreds at tables, next to me were 2 guy`s early 20`s funny hats on and having the fun they came for. They heard me talking in German and english. He, in a outgoing voice asked me where i was from. I told him i was American, He smiled, slapped his hand to his chest, and as proud as could be said "I AM Basque!! with a big smile! I could see pride written all over his face. He put his arm on my shoulder as a sign that we were now friends! Wish I got more info. from him but it was a great meeting.. So now reading your great book brings back all that and more. Well done.. Lester Hancock

Mit freundlichen Grüßen // Best Regards
Being confused is not always a bad thing. Is it??